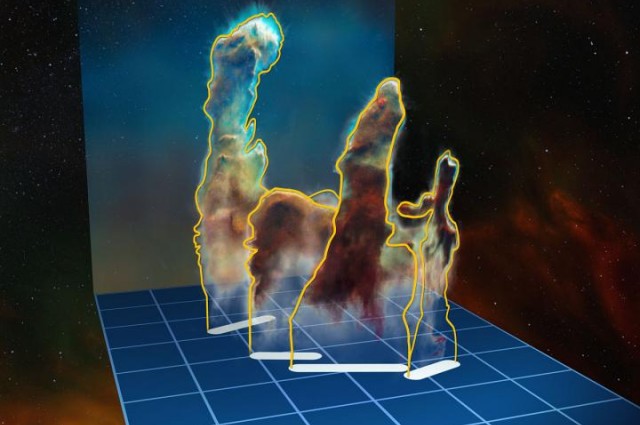 Scientists have probed the depths of the iconic Pillars of Creation and produced the first 3D image of this spectacular stellar structure. The findings are published in the Monthly Notices of the Royal Astronomical Society.

The machine responsible for this 3D image is the Multi Unit Spectroscopic Explorer(MUSE), which is an instrument developed for the Very Large Telescope (VLT) at theEuropean Southern Observatory (ESO). Combining a wide field of view with high spatial resolution, MUSE is an extremely powerful tool that allows the discovery of objects that would be missed by imaging surveys.

The Pillars of Creation—found amongst the dust of the Eagle Nebula on a spiral arm of the Milky Way—are a classic example of how columns of gas and dust arise around regions where stars are being born. These newborn stars have to be extremely hot in order to create gas columns like the Pillars of Creation. In fact, they are so hot that they glow white or blue.

However, denser pockets of gas and dust can withstand the erosion of the newborn star’s wind and radiation, therefore acting as a protective shield for the dust and matter behind them. This is how such dusty sculptures form, including the Pillars of Creation: The dust around the barrier is blown away, carving a column in the process. 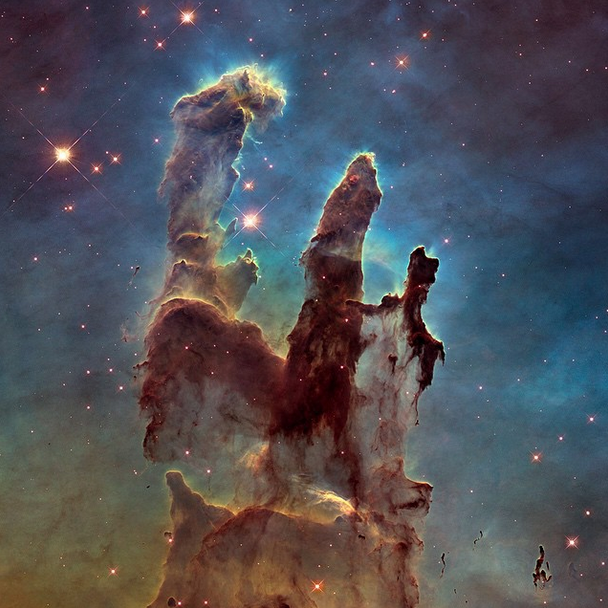 MUSE’s ability to see new details within the cosmos has revealed plenty of new information about these famous columns, including previously unseen jets of dust being ejected from a young star. The instrument has revealed that the tip of the left pillar is facing us, and atop the pillar is a destructive star. Its orientation means that the tip of this peak is bright, like a beacon, whereas the other three columns are comparatively dim at their peaks. This dimness is because these pillars are facing away from us so we can’t see the light from the star as clearly.

Before the pillars are swept away, astronomers hope to learn more about boiling young stars, such as the ones in the Pillars of Creation, and how they influence the formation of subsequent stars. It’s a race against time, though. As you read this, the ruinous stars continue to grind relentlessly away at the Pillars. 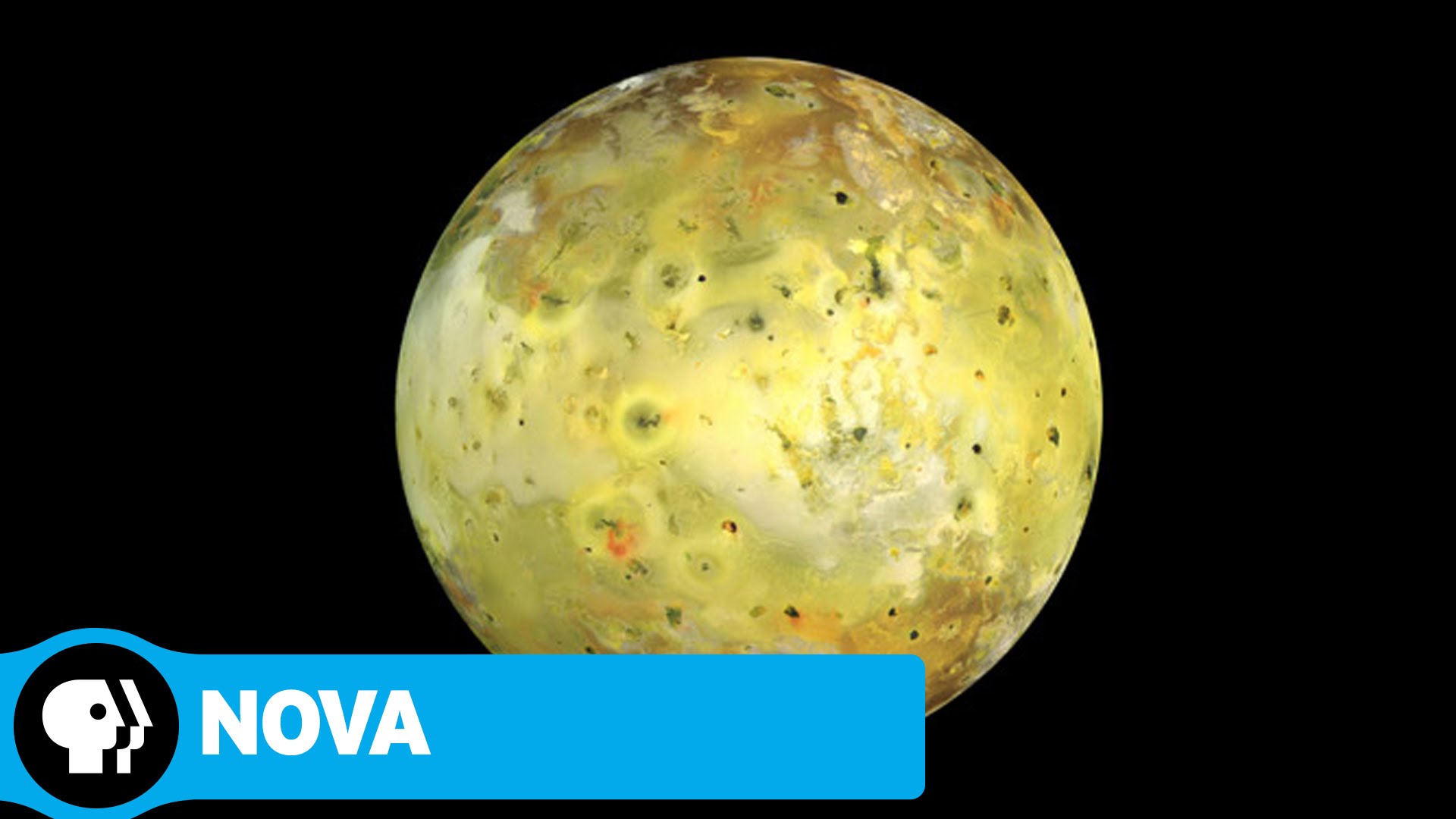 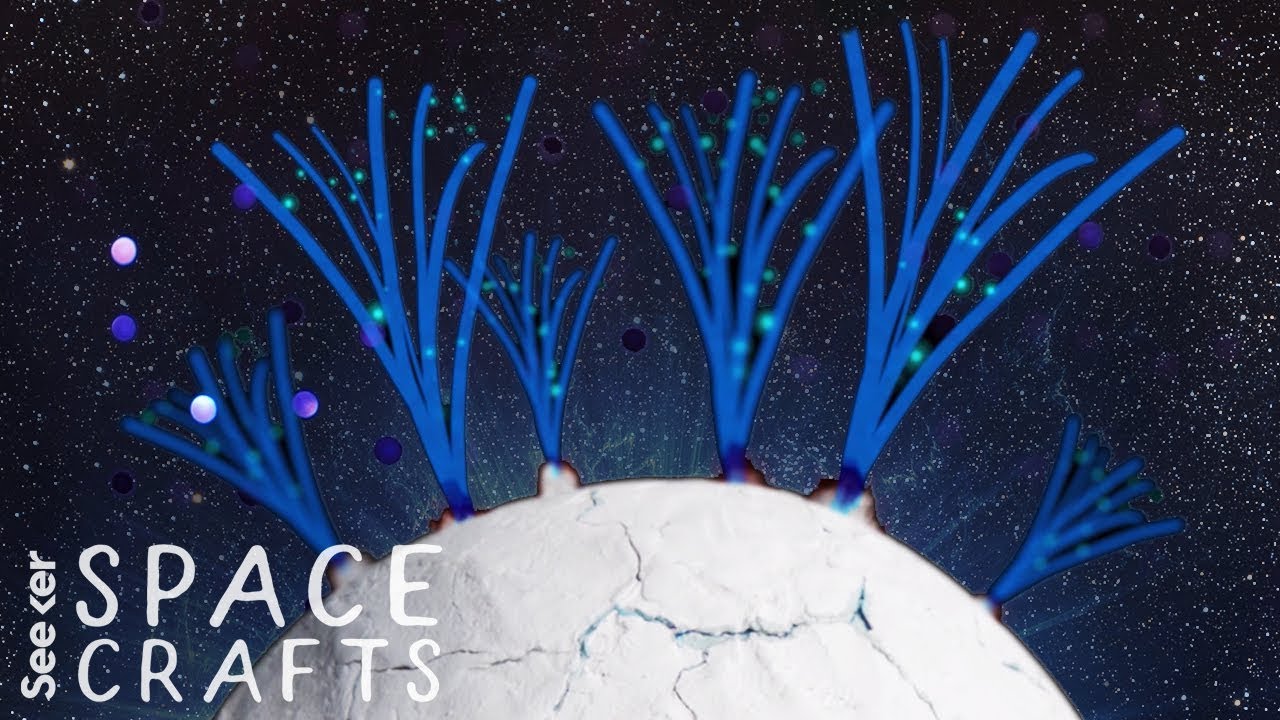 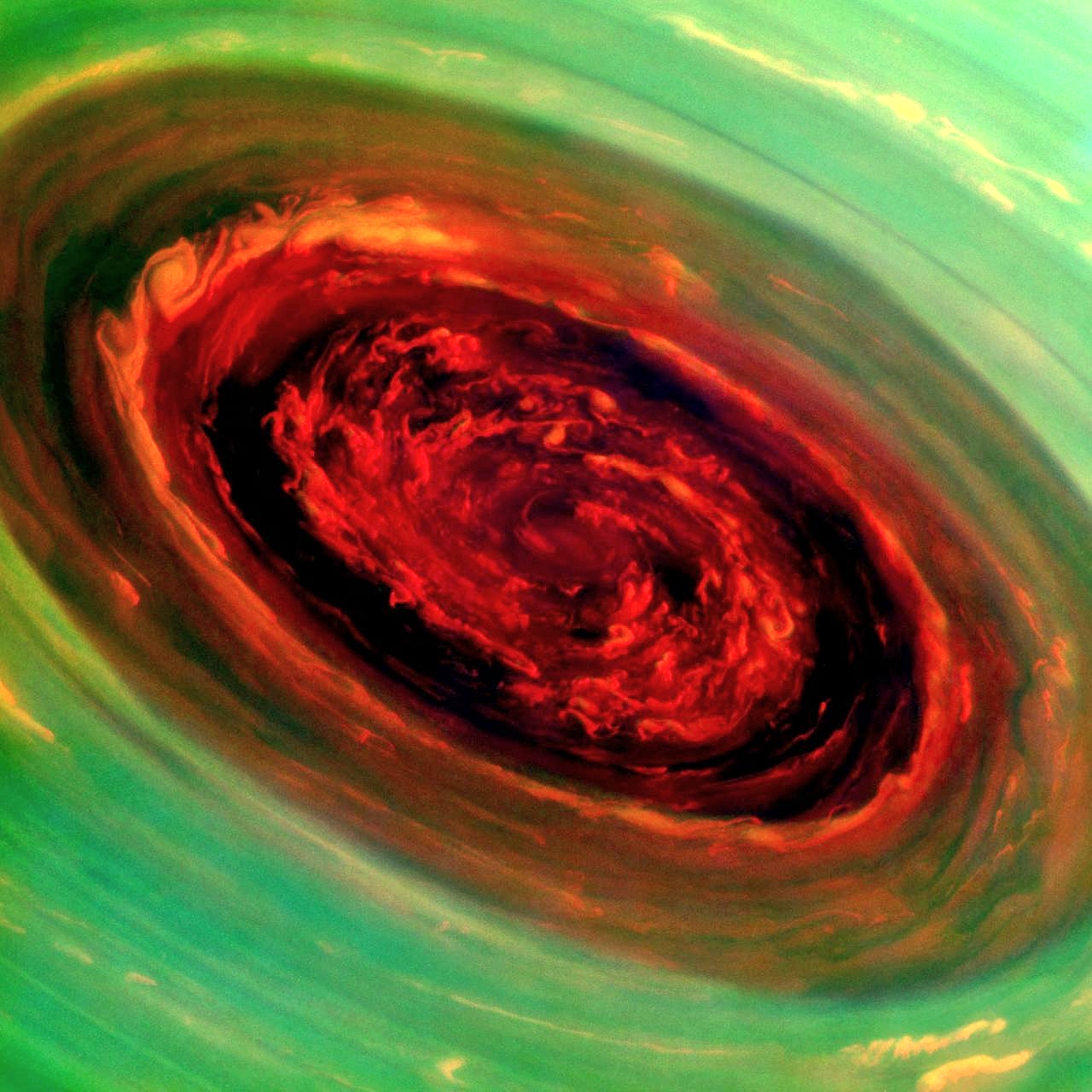 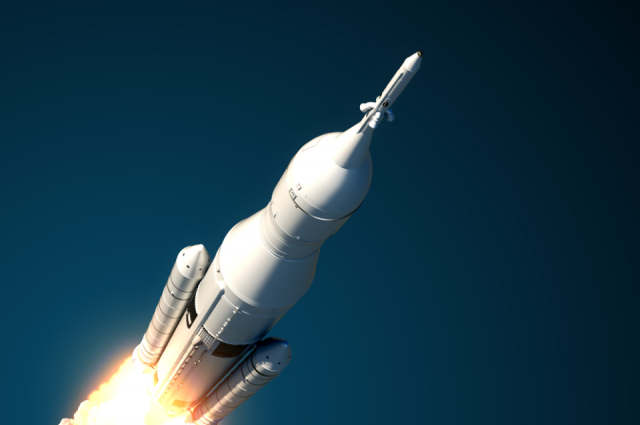