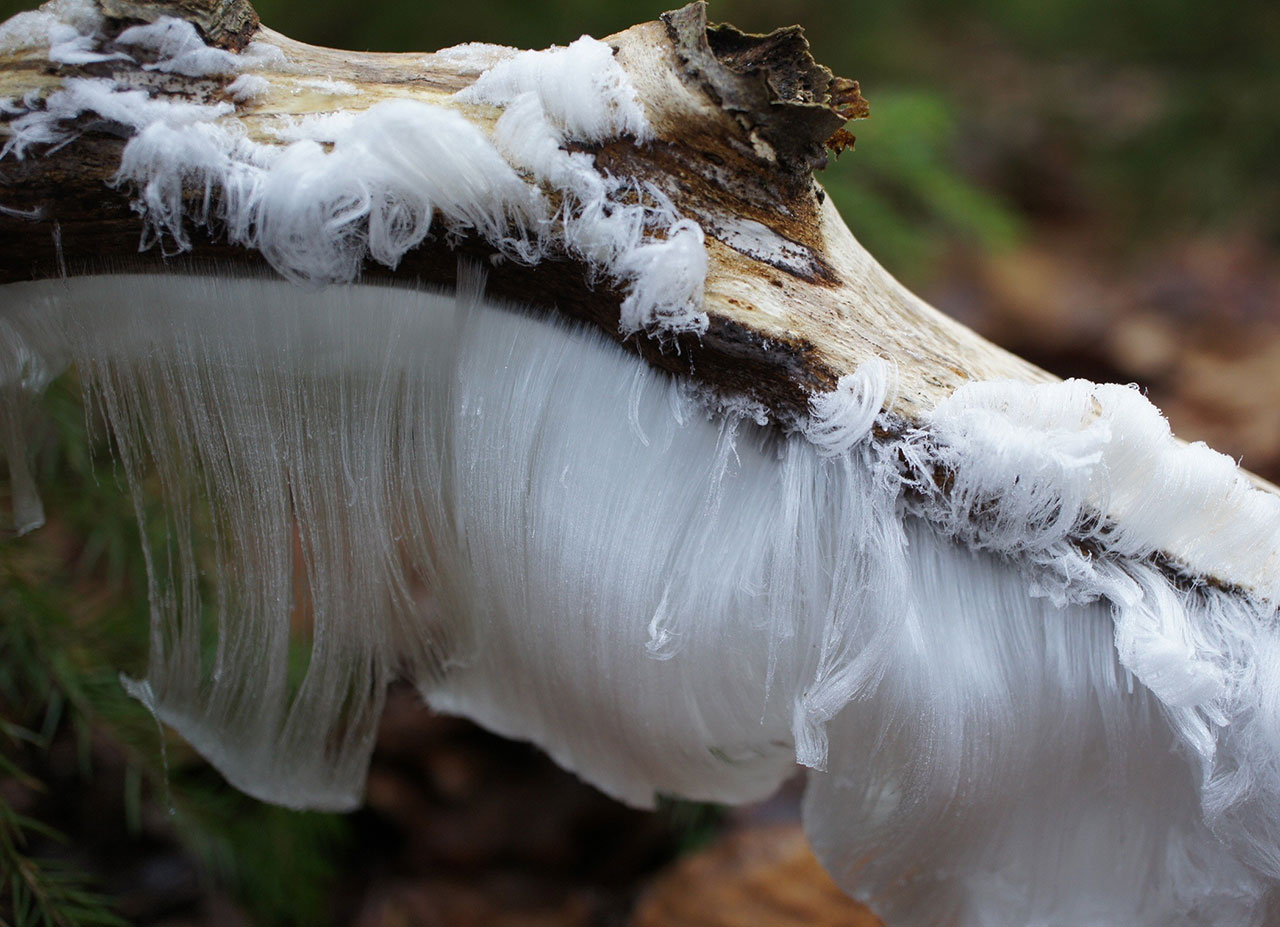 Have you ever encountered something as strange as hair ice? It’s probably not what you’d expect (plus a bunch of other mind-blowing natural phenomena).

Hair ice is a type of ice that forms on dead wood and takes the shape of fine, silky hair. Alfred Wegener, meteorologist and discoverer of continental drift, described hair ice on wet dead wood for the first time in 1918. He assumed that some distinct fungi must be the catalyst – a theory mostly confirmed by Gerhart Wagner and Christian Matzler in 2005. It seems that something is preventing the small ice crystals from recrystallizing into larger ones which normally happens very quickly at temperatures near 0°C. 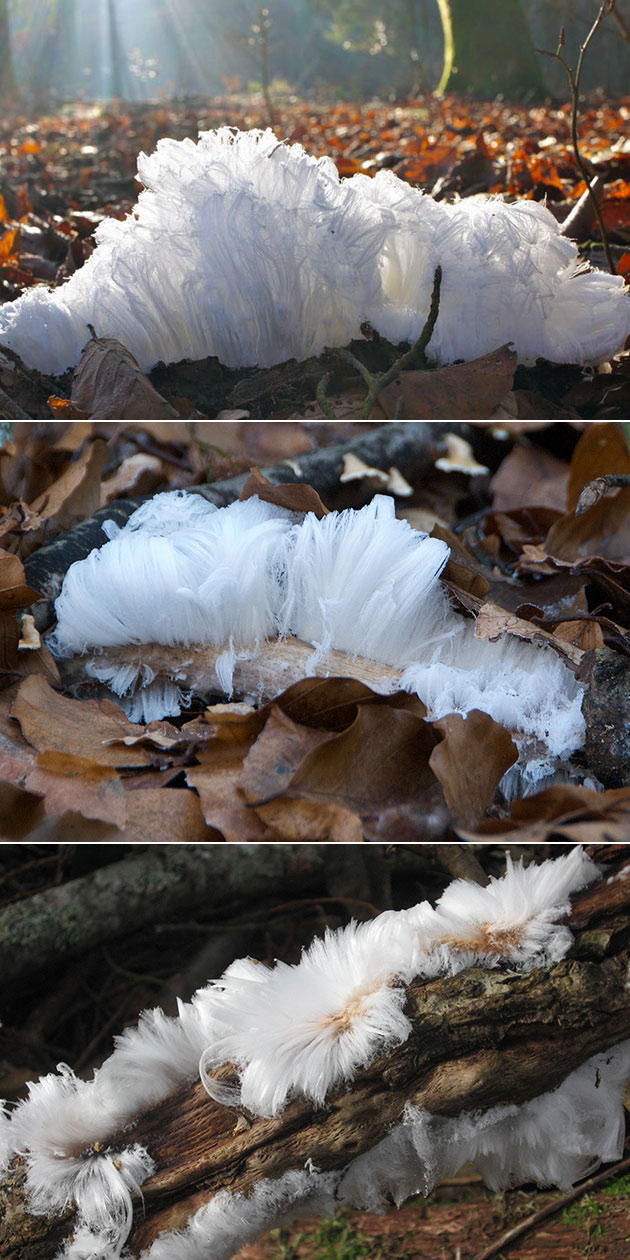 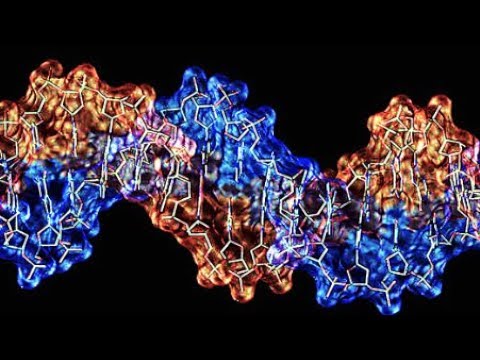 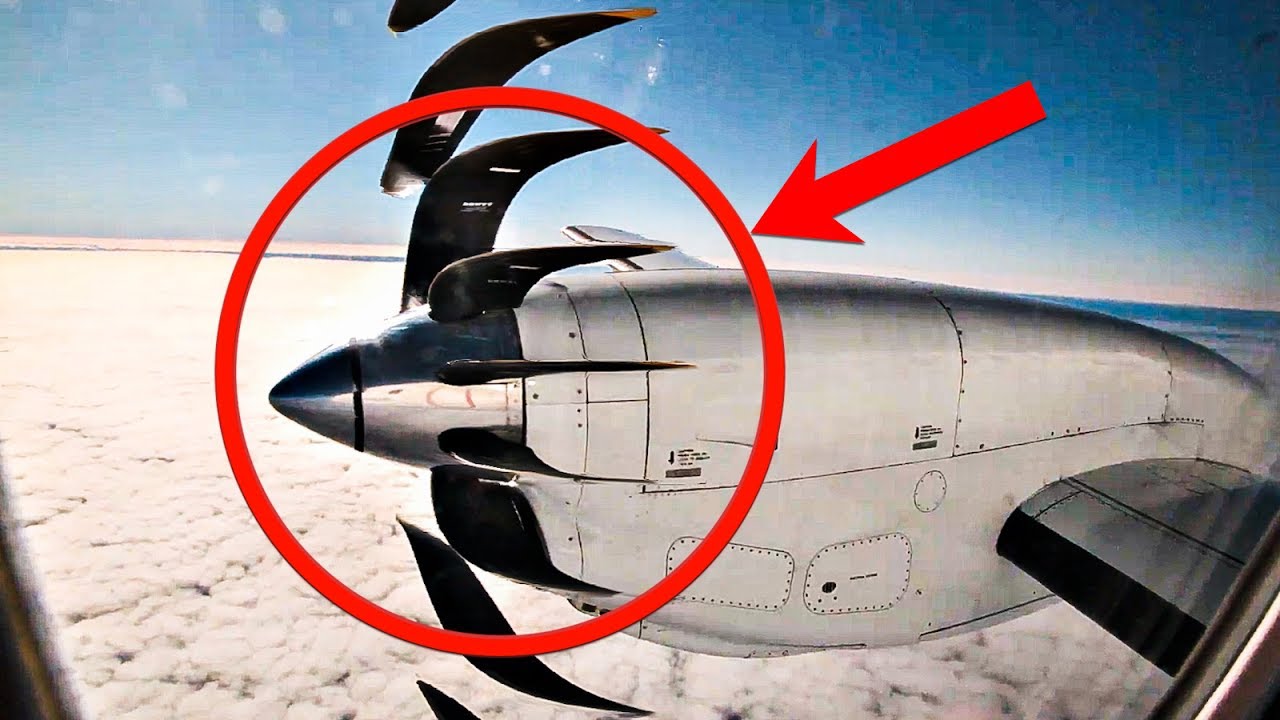 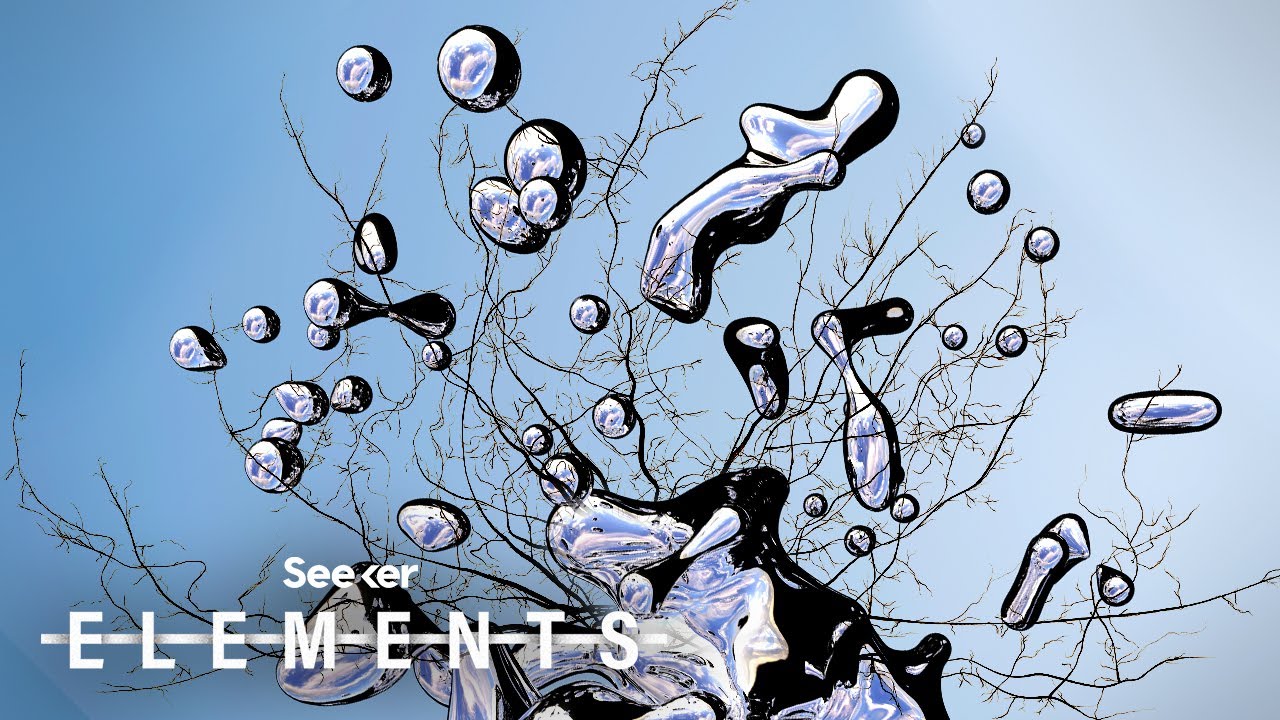 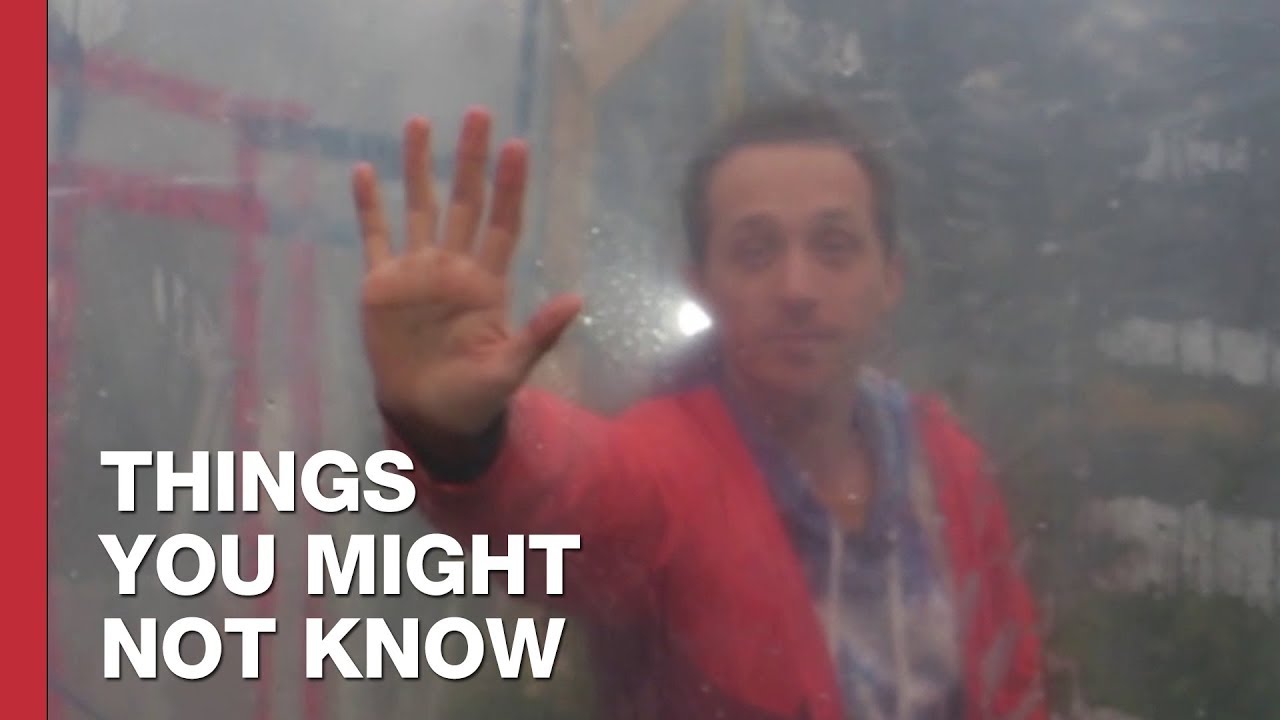 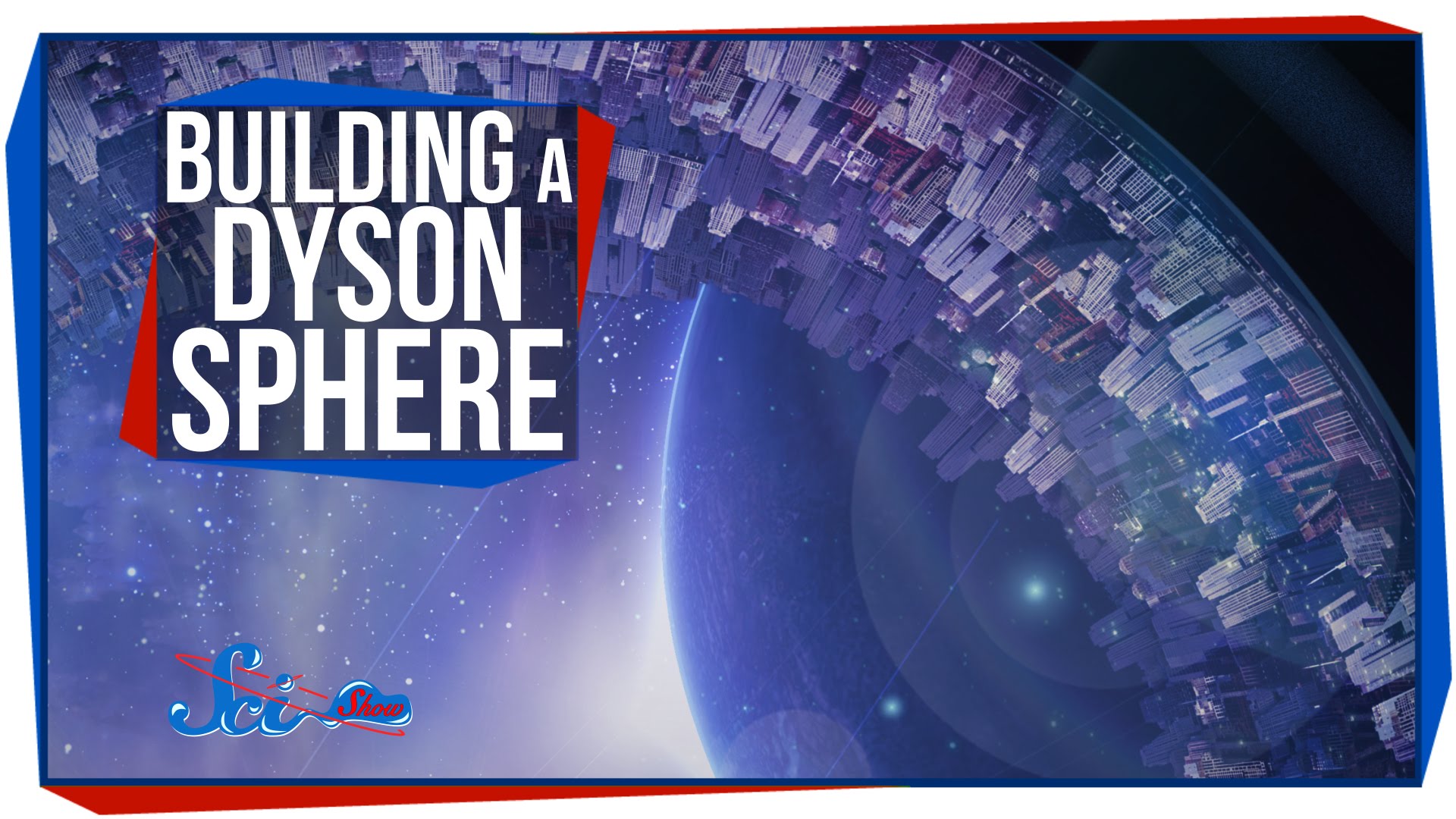 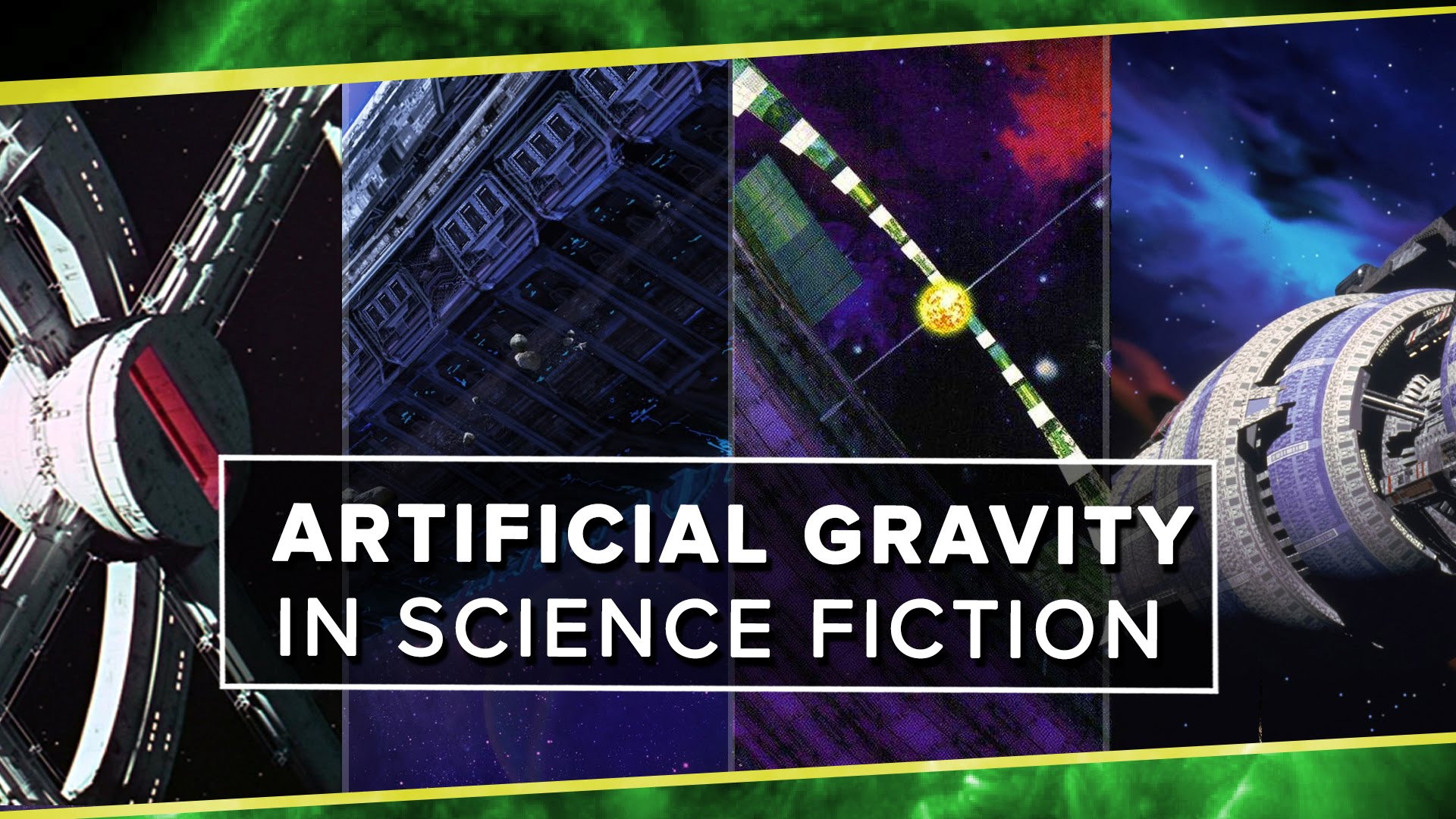