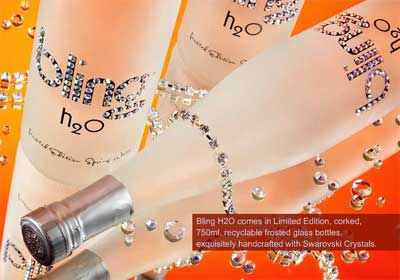 For $40 USD you too can have the privilege of tasting this water called BlingH2O! What kind of water is it? Well, its just water…Available in US$40 750ml and US24$ 350ml versions the frosted corked bottles are covered with hand-applied Swarovski crystals. Bling H2O is the creation of Hollywood writer-producer Kevin G.Boyd. The drink has shown up at the Grammy’s and MTV Music Awards in the hand sof celebrities such as Jamie Foxx, Mariah Carey and Shaquille O’Neal. The newspapers reported that the goddess of cospicuous consumption Paris Hilton has tasted the water too. It looks like BlingH2O is being advertised a little too hard. Ill say, No thank you if they ask me.  ONE MORE PIC-> 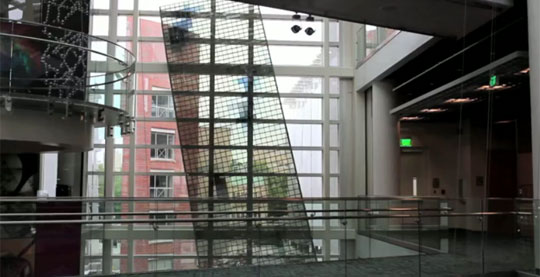 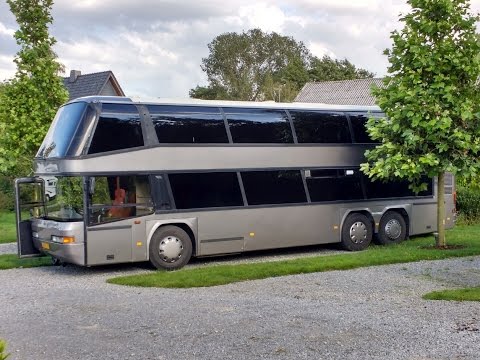