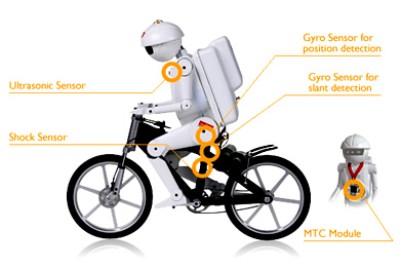 Unlike humans, when this robot stops after bicycling it doesn’t need to put a foot on the ground, it just balances its self. It has a couple of sensors, like the ultrasonic one that detects obstacles, shock sensors to detect rough surfaces and two gyro sensors to detect velocity and inclination. Next thing we know, there is 200 of them in a Robotic Tour de France, no doping. VIDEO->Official Website 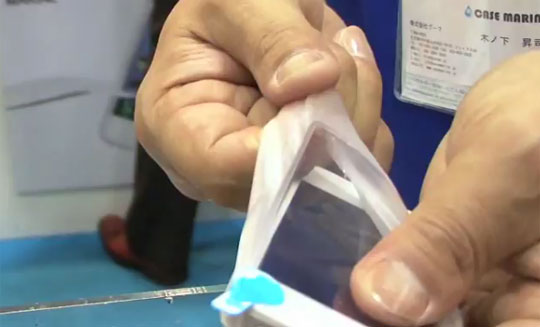 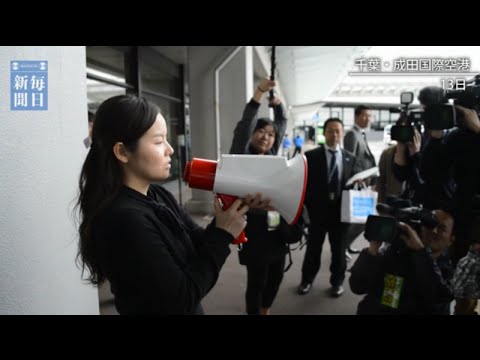