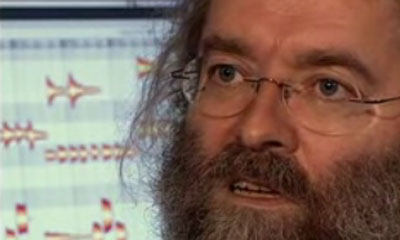 Autotune is a pretty popular audio software, which corrects the pitch of a singer’s vocals in real time. Melodyne has gone even further now. They found a way to separate the harmonics of each note in a chord, allowing individual notes to be manipulated at will. Really impressive stuff even if you don’t know anything about audio. How will this affect those of us who don’t play with audio and do not care about it? It will affect us by giving our media more untalented singers the chance to seem talented. You will be watching untalented singers on MTV on a more frequent basis. Reminds me of the “how to make a pop star” post I made few months back. VIDEO->
Check Out The “Electric Guitar With Touch Screen” and “Digital Turntables“.