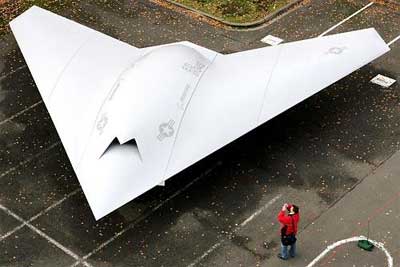 Boeing has finished the first prototype X-45C, self-flying, radar invisible spy plane. However they ran out of luck when they tried to sell the plane. The Pentagon announced that they are not interested because it can’t take off and land from aircraft carriers, only land-based airports. So much money and so much labour for so little pay : ) Im sure that some of the US ennemies will be glad to put the money down for this gorgeous plane.
Via TheRawFeed