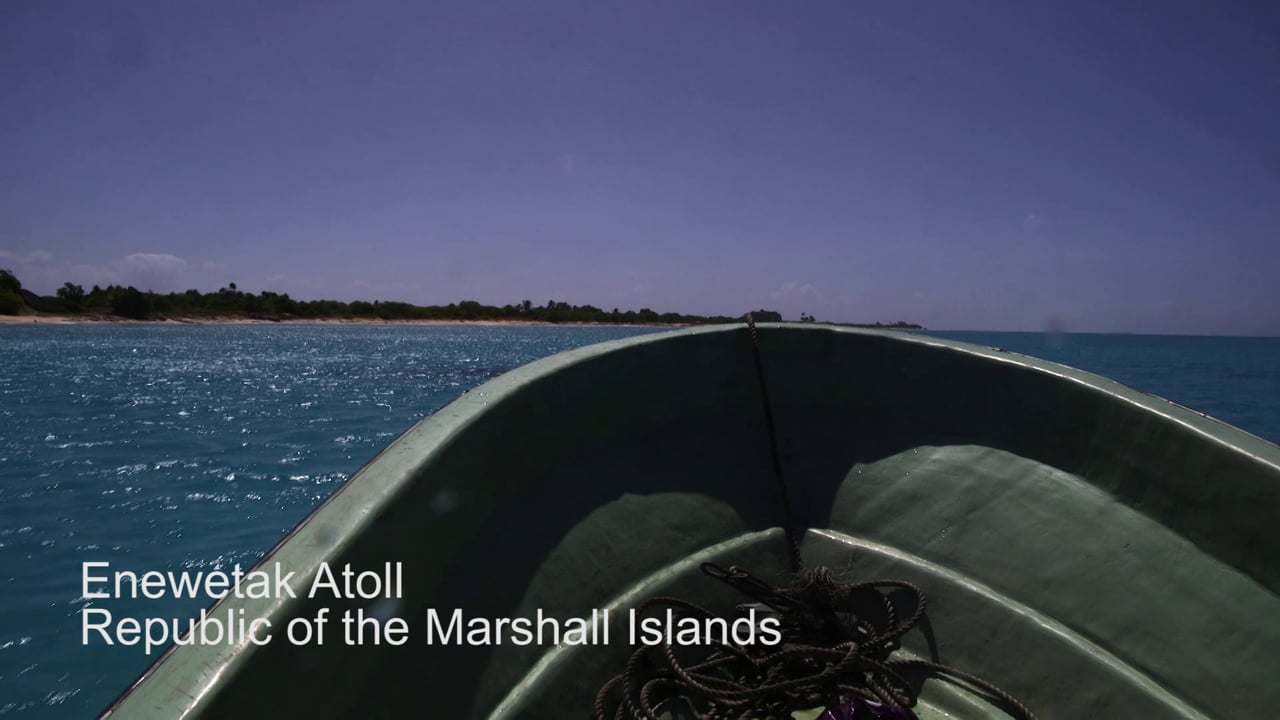 “People of the world should know: There’s this great big cement dome at sea level filled with plutonium out here in the Pacific, that in the near future will be underwater.”
From 1946-1958, the US detonated 67 nuclear bombs on the Pacific nation of the Marshall Islands (after displacing its indigenous people). The explosive yield was the equivalent of 1.6 Hiroshima bombs detonated every day over the course of 12 years.

The US then tried to clean up its mess by mixing the top layer of contaminated soil with radioactive debris, dumping it into a crater on one of the islands, and covering it up with an 18-inch thick concrete cap, known as Runit Dome. Locals call it The Tomb.
Except now, it’s starting to leak. And rising sea levels are threatening to submerge or tear open the dome, spilling its radioactive contents into the ocean.
It’s “a tragic confluence of nuclear testing and climate change,” and it’s only the beginning of a shocking story reported by our GroundTruth Project correspondents Coleen Jose Kim Wall Jan Hendrik Hinzel. Read the drumroll to their forthcoming, deep dive in The Guardian: