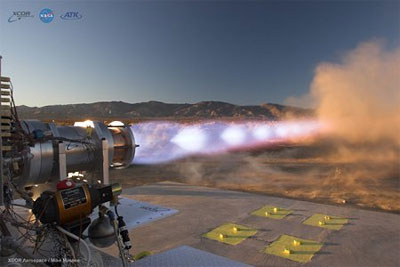 Most NASA rockets are powered by liquid oxygen and hydrogen or solid chemicals. This is a methane engine that NASA plans on using on the future space missions. Methane (CH4), the principal component of natural gas, is abundant in the outer solar system. It can be harvested from Mars, Titan, Jupiter, and many other planets and moons. With fuel waiting at the destination a rocket would not have to carry so much propellant. VIDEO->