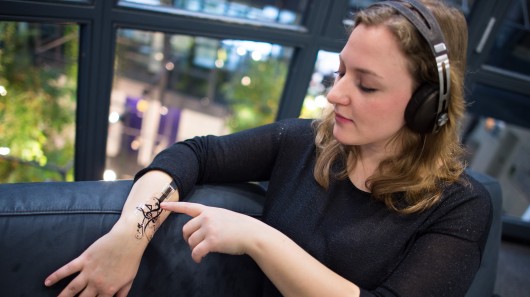 While a wrist-worn smartwatch may be easier to access than a smartphone that has to be retrieved from a pocket, the things certainly have tiny screens. That could make them rather difficult to use for certain tasks, particularly ones where a larger interface area is needed. Well, that’s where iSkin comes in. The experimental system allows users to control mobile devices using flexible, stretchable stickers that adhere to their skin.

Developed by a team from Saarland University in Germany and Carnegie Mellon University in the US, the silicone iSkin stickers contain capacitive and resistive sensors that respond to being touched. They can be made in a wide variety of shapes and sizes, and temporarily applied almost anywhere on the body via a medical-grade adhesive.

Should one of them only be needed intermittently, it can be removed, rolled up and put away when not in use. 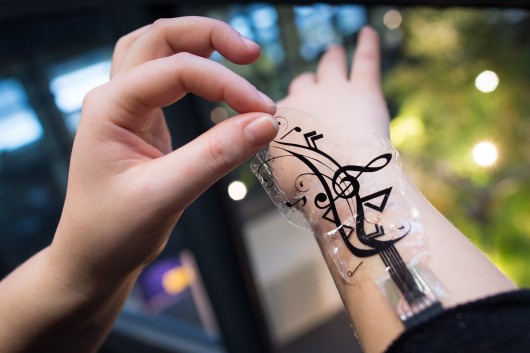 Envisioned uses for the stickers include the taking and placing of phone calls, controlling music playback, typing and sending messages, or pretty much anything else that’s currently done on a mobile device screen. They’re capable of multi-touch functionality, and also recognize gestures such as swiping.

The current prototypes are hard-wired to a computer, although it is hoped that integrated chips might ultimately allow them to communicate with other devices wirelessly.

The iSkin stickers can be seen in use, in the following video. 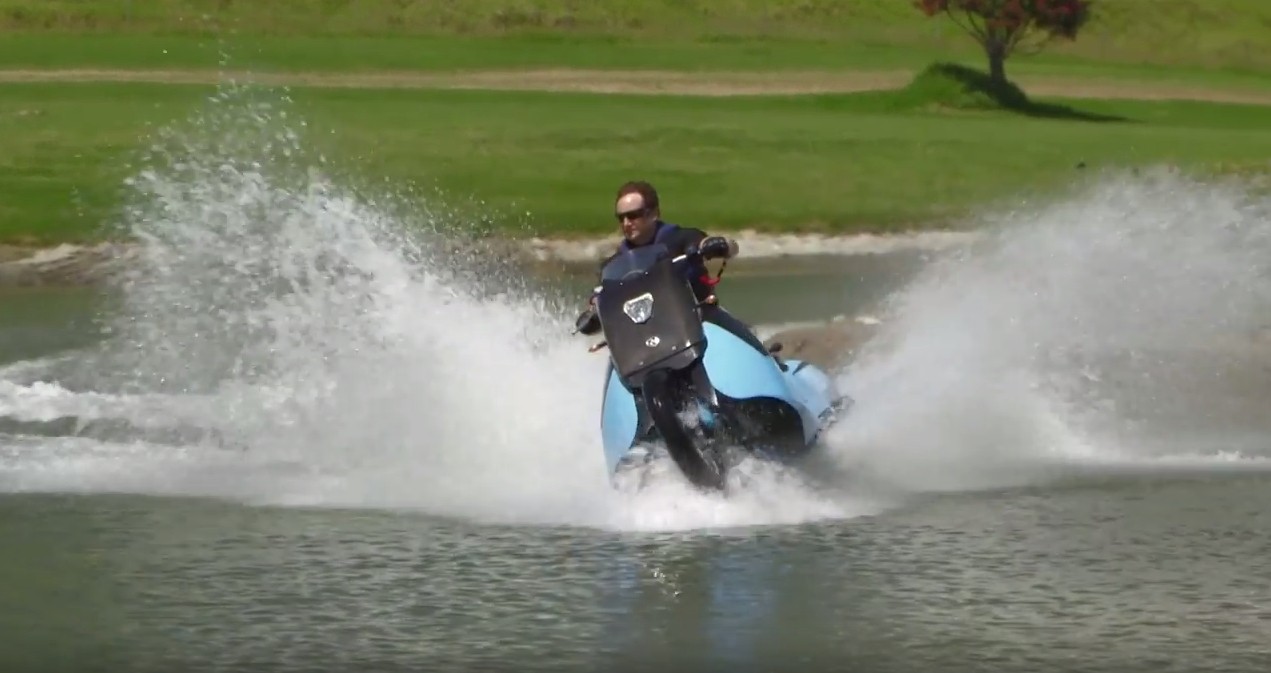 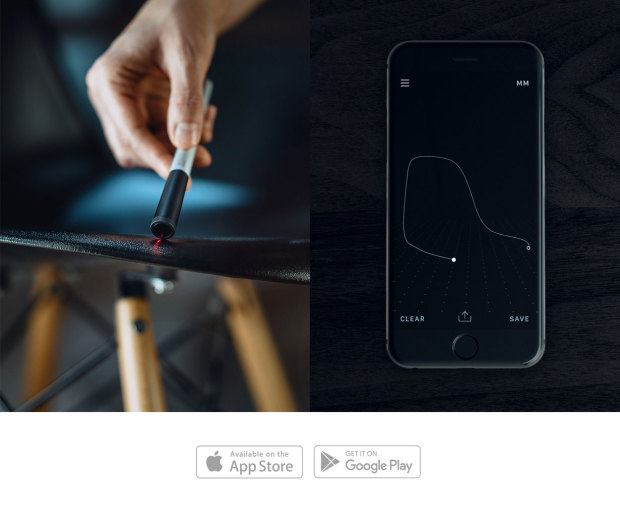